This year, Ircam Forum is partnering with Mixage Fou. Introducing Brendan Baker, one of the winners of the 10th edition of Mixage Fou, he won the ambisonic award. We offered him one Ircam Forum membership for a year and a pass for the 2020 Ircam Forum Workshops. The principle of Mixage Fou is to create an original sound creation only from the proposed sound library. For this 10th edition, 175 creations were submitted from 12 countries. 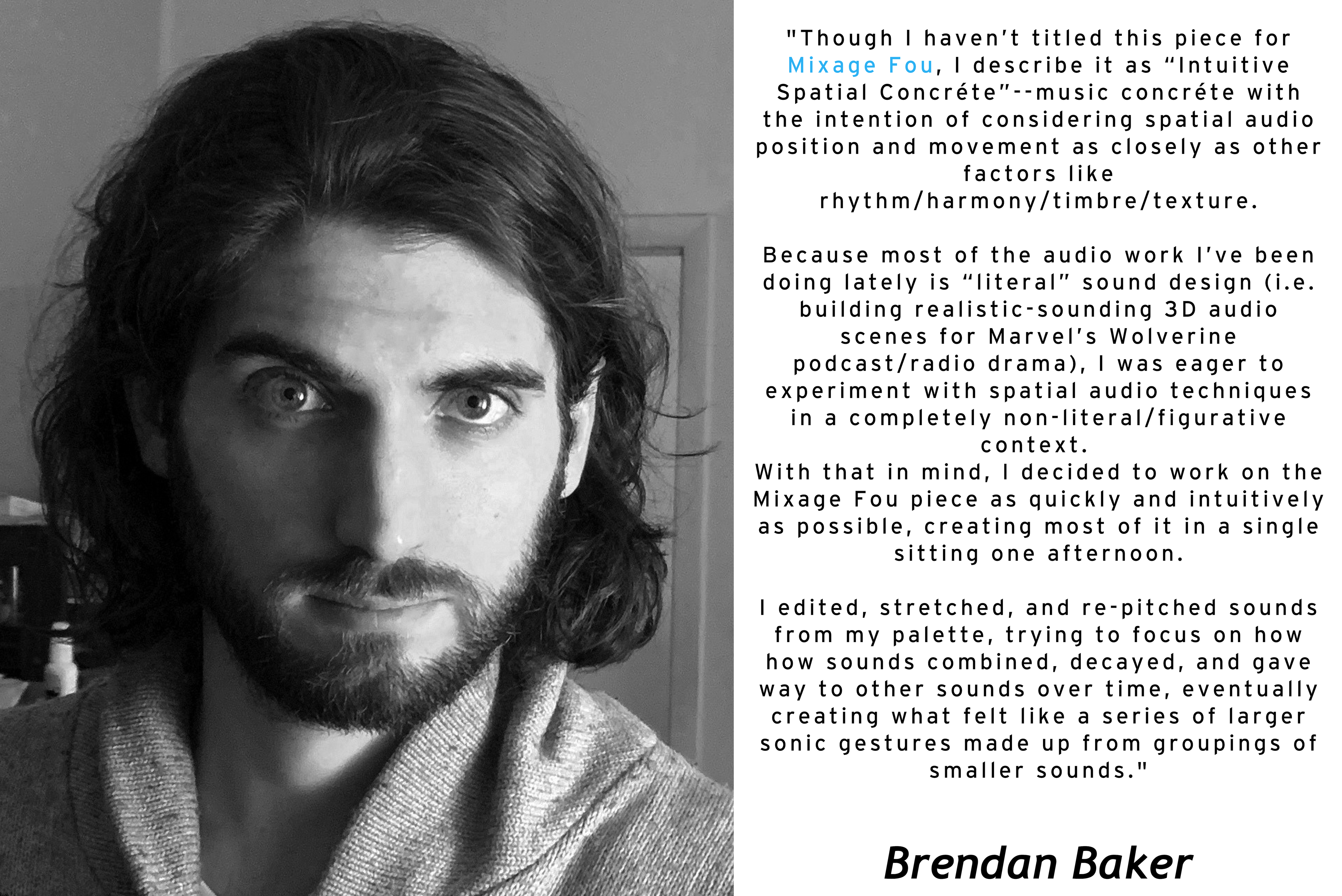 He creates highly-crafted radio and podcast productions and is the founder of Phenomephon, a boutique creative audio production house and consultancy specializing in “3D” ambisonic spatial audio.

With a background in music composition and over a decade of production experience throughout the American public radio and podcast industry—often regarded as one of its premier sound designers—Brendan offers a set of skills rarely found in a single producer.

From documentary to fiction, writing to composition, editing to engineering, Brendan takes a holistic approach toward creating narrative audio productions. Director for Marvel’s scripted audio series Wolverine: The Lost Trail, Wolverine: The Long Night, and previously a producer for the critically acclaimed experimental documentary podcast, Love + Radio, his work has been featured on numerous podcasts and radio programs including This American Life and Radiolab.

His mix and sound design work can also be heard on The Message podcast and the first season of NPR’s Invisibilia. He and his team won a 2019 Webby Award for Best Original Music/Sound Design in podcast for Wolverine: The Lost Trail. His contribution to the 10th Edition “Mixage Fou” competition was recognized by IRCAM/Centre Pompidou. He has production credits on four of The Atlantic’s “50 Best Podcast Episodes of 2015,” and has received multiple awards from the Third Coast International Audio Festival (the so-called “Oscars for radio”): Best Documentary for “The Wisdom of Jay Thunderbolt” in 2011, an Honorable Mention for “Jack and Ellen” in 2013, and Director’s Choice for “The Living Room” in 2015.